This article is about Sector V in the past. For the future version see Sector V (The Future).

Sector V is the base of operations for the Kids Next Door appointed to said areas. Apart from the actual base, Sector V is a suburban town with houses and such. Sector V is a KND sector consisting of Numbuh One, Two, Three, Four and Five. They live in a suburban area presumably in the United States, where their treehouse is also stationed.

In the first attack by Fuse, Sector V is being defended by Numbuh Two and Five. After being overrun by the Fusion Spawns, Blossom and Bubbles rescue the two from falling to their deaths. After a quick save, they are still no match for the Fusion invaders, until Dexter arrives with Ben (Four Arms), Mac, and Bloo.

The safe zone in Sector V is the KND Treehouse, which you can climb up by going to the back of the house jumping on the boxes and so on. To keep Fusion monsters from attacking the treehouse, the base is being propelled by anti-gravity technology provided by both Dexlabs and Mandark Industries. Metal chains keep the base tethered to the ground.

Nearby, lies the KND Training Area which is slowly becoming an Infected Zone, and Hero Square, a memorial made up of holograms and statues, showing memorials to lost heroes. In the past, only Buttercup is represented in Hero Square, but in the Future, Dexter, Bloo, Mojo Jojo, Ben, and Edd are as well. South of Sector V is Pokey Oaks North. 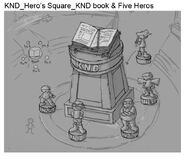 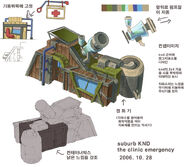 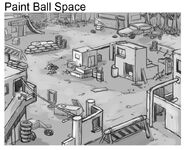 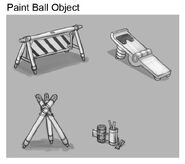