Determined not to let anyone on Earth escape to the stars, Fuse gummed up the shuttlepads of the Offworld Plaza with Fusion matter and Terrafusers, and turned it into an Infected Zone. Ben is working hard to clean up the area, while Numbuh 2 is working on the KND S.H.U.T.T.E.L. (Space Hauler Unequivocally Transports Troops Excluding Luggage), a ship that will take troops directly to Planet Fusion, along with Max making a satellite that will take pictures of Planet Fusion. General Tso has sent Chickens From Outer Space to the plaza in hopes of finding a way off Earth. Whenever Ben gets an opportunity to turn into an alien, Fusion Gwen comes out of nowhere and steals a sample of the alien. Ben figures that Fuse is trying to make Fusions of his alien counterparts. Fusion Gwen is also working together with Fusion Ben. Along with that alliance, Fusion Ben has managed to trick Mandark, Mojo Jojo, and Vilgax into quarreling with each other and making them showdown in the Ammunition Depot in the Spaceport. 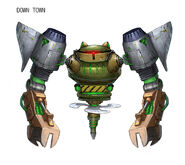 Concept art of the Hydraulic Enforcer. 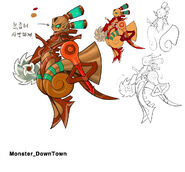 Concept art of the Sawbreaker. 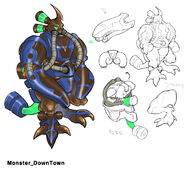 Concept art of the Thuggard. 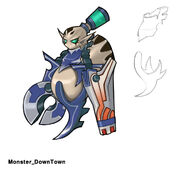 Concept art of the Clawbreaker. 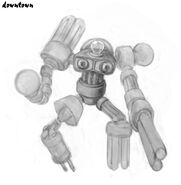 Concept art of the Killowatt. 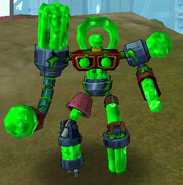