Endsville is the suburb in which Billy and Mandy, the stars of The Grim Adventures of Billy & Mandy, live with Grim, although in FusionFall, Mandy has departed for Devil's Canyon, and Grim's place as the resident supernatural figure has been taken by Him. North of Endsville is the Nuclear Plant infected zone. Despite what Professor Paradox says in "Time Traveler's Task," Endsville is not too dangerous, except for players there for the first time. Endsville is also the only way to access Downtown by foot. 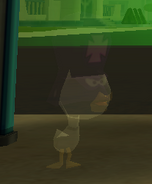 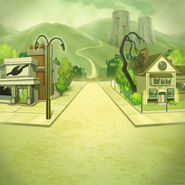