Birthday Bash was an in-game event held in celebration of FusionFall’s 1st anniversary. The "party" was located on the border of Pokey Oaks North and Pokey Oaks South, where a giant birthday cake stood. Several NPCs were featured for the event from shows such as Ben 10: Alien Force, The Grim Adventures of Billy & Mandy, and The Secret Saturdays.

The original Birthday Bash was the only in-game event held in celebration of the game's anniversary. When a follow-up Bash was not held the following year, the initial response from a majority of the fanbase was confusion, leading very soon to random speculation. A popular rumor circulated that the event would return the following year, and later, that it would be held only once every three years. All these rumors were of course proven untrue and the event was apparently discontinued.

Nevertheless, a band of players have conducted an annual player-run Birthday Bash each year since 2011, featuring item raffles, races, and "war tournaments." 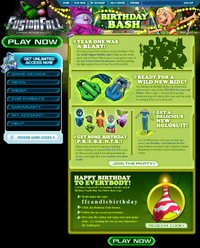 Website's Description of the event. 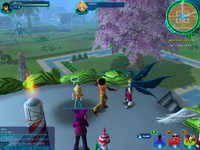 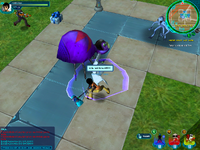 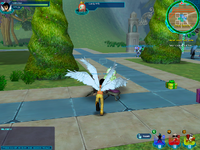 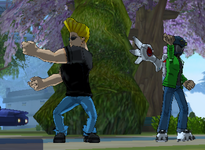 Johnny Bravo dancing with a player 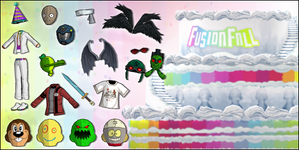